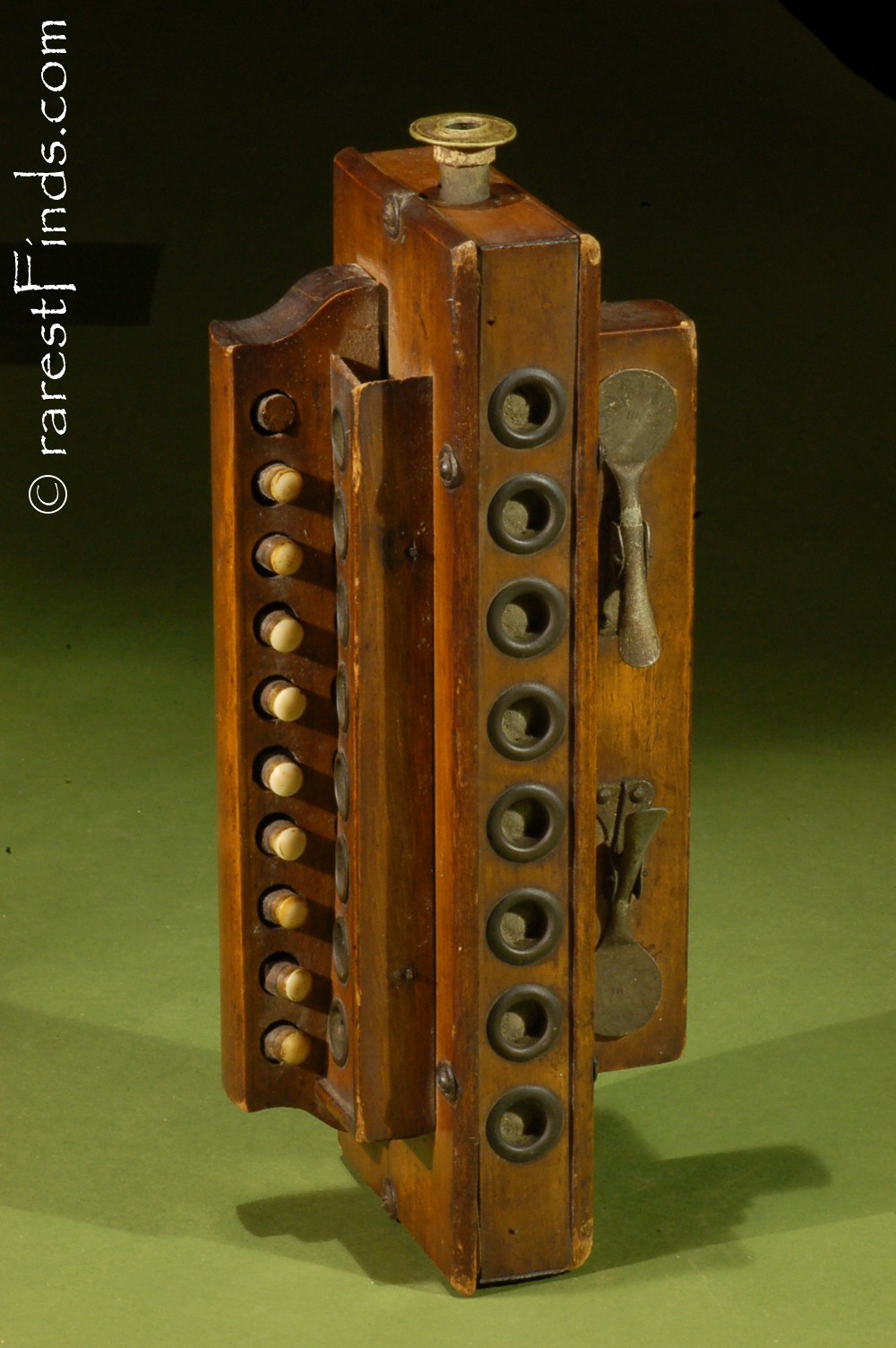 Very early blow accordion, first half of the 19th century, with 10 ivory keys and two registers. The instrument is unsigned, but believed to be American made. Blow accordions are also called Flute Harmonicas. read more>>

Samuel W. Richardson was born in 1803 in Connecticut. By 1832 he was living in Winchester, NH working for Graves & Co. It was here where Richardson learned to build some of the finest brass instruments.
Eventually Richardson moved to Rochester, NY. Beginning in 1847, Richardson set up shop as an instrument maker in Rochester, New York, with address, Curtis Building, h. 47 N. Clinton. For whatever reasons, Richardson was not successful in selling instruments and was thereafter listed as an upholsterer, a foreman in a perfumery factory, a patent leg maker (in 1866, after the civil war there had to be a great demand for artificial legs), and also as a machinist.
His instruments are of the highest quality and finest workmanship but due to his limited success as a manufacturer of instruments only four are known at this time.
Samuel W. Richardson died around 1872. read more>> 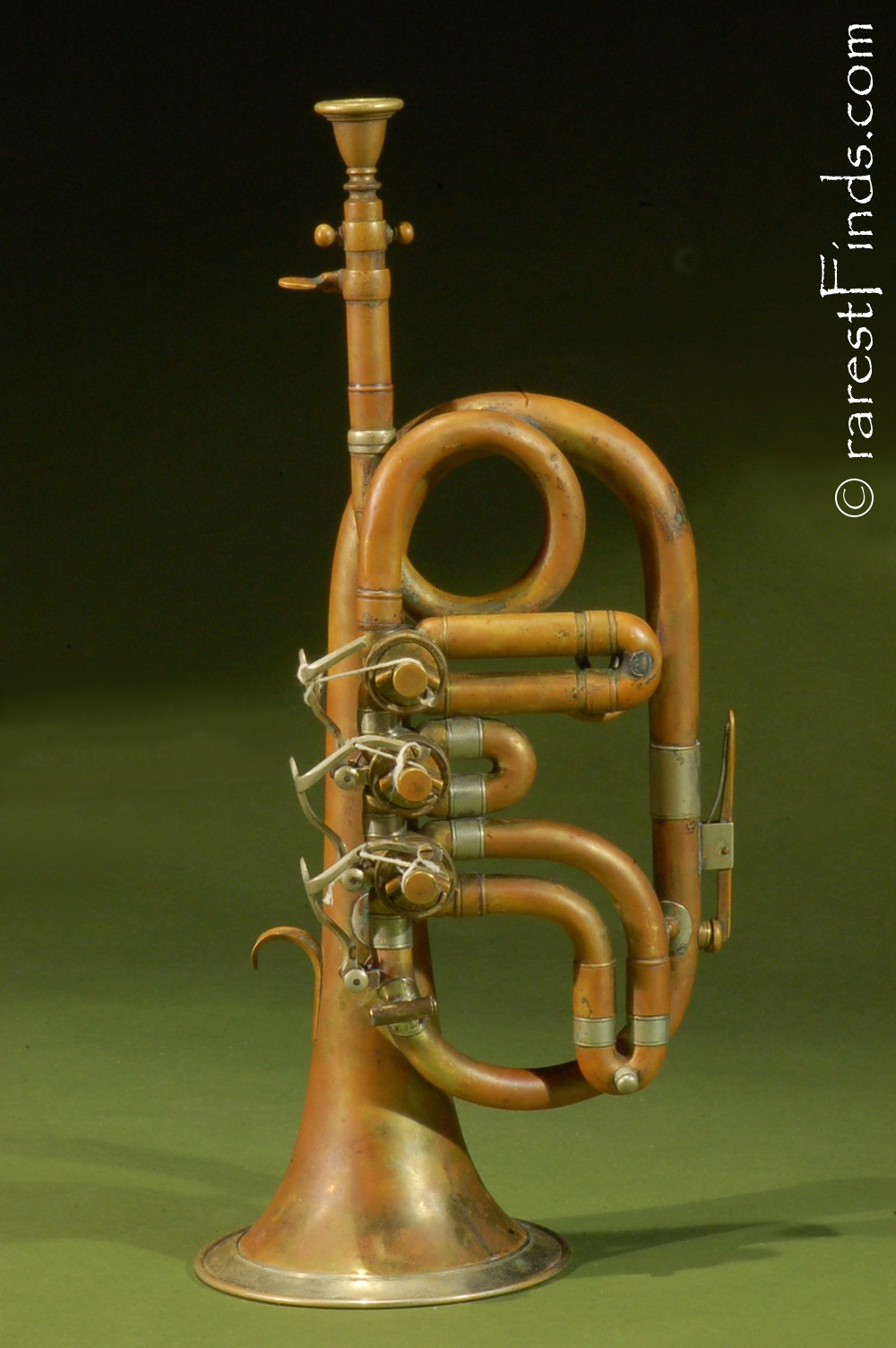 The soprano cornet is a brass musical instrument and considered the top of the score in brass bands. Very similar to the standard Bb cornet, it too is a transposing instrument, but pitched higher (a forth), in Eb.
A single soprano cornet was usually seen in brass bands during the civil war and played lead or descant parts in ensembles.
This rare unsigned instrument which retains its original wooden carrying case dates to around 1860 and features early top-action rotary valves, typical for that time. read more>>