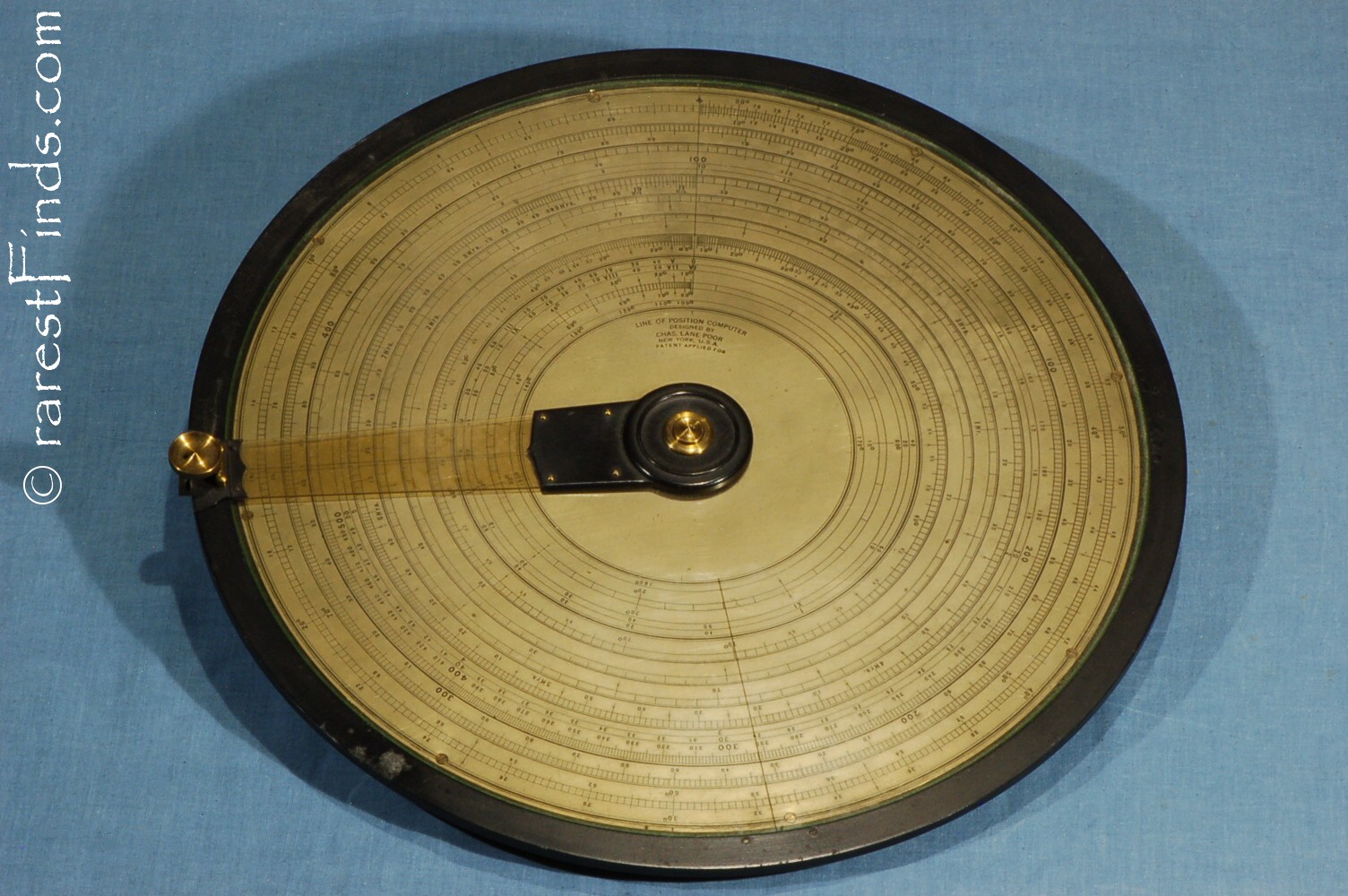 —Exceedingly rare and fine quadruple Clepsammia or Hour-Glass, probably the finest extant example from the 17th century in the world.

Only scientists and noble men could afford an instrument like this back in the 17th century. Therefore, only few were ever made. Once dropped to the ground, the instrument was destroyed. 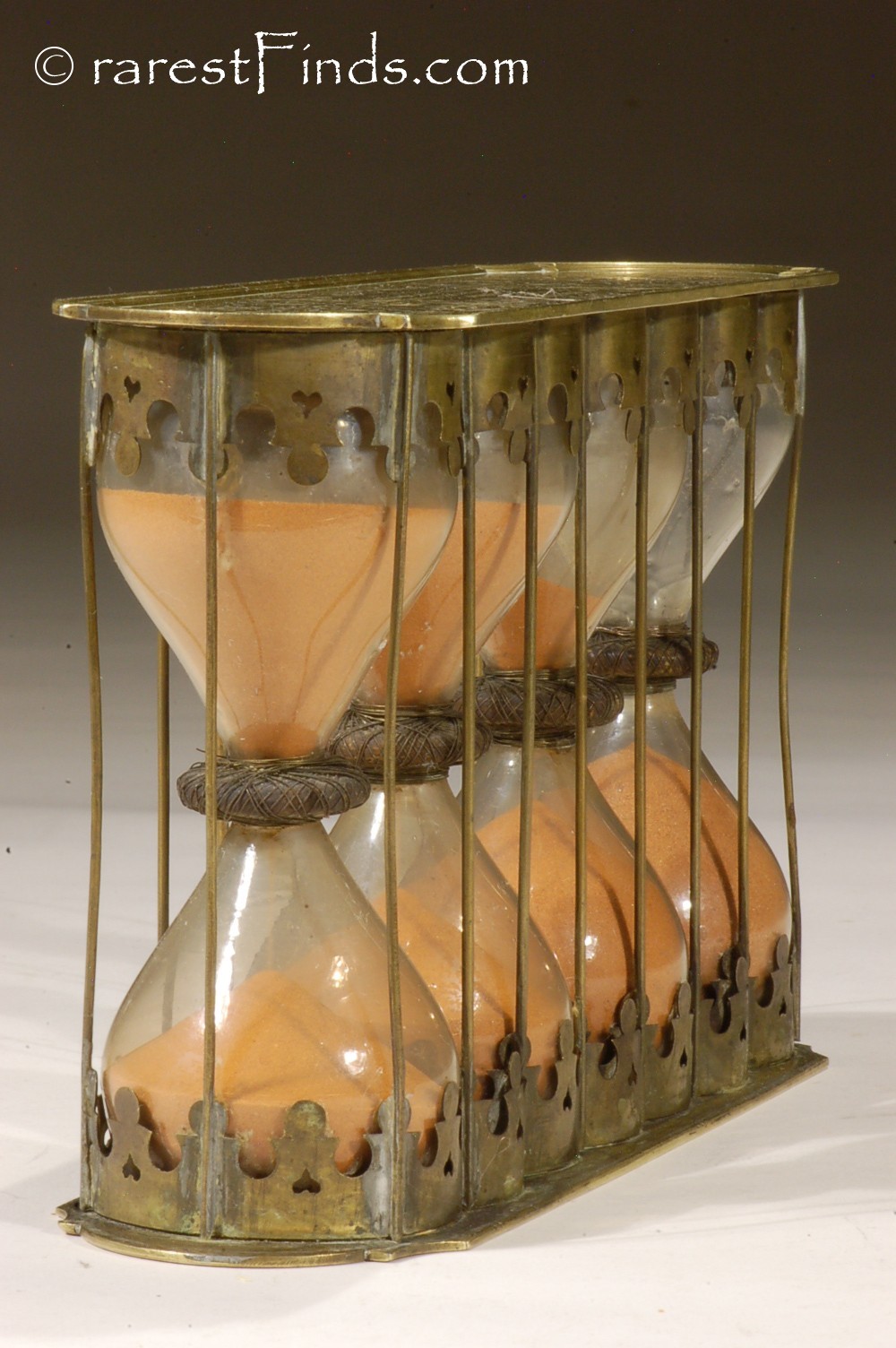 Most individuals never heard of a clepsammia from the 17th century, not even of a single double bubble clepsammia. There is nothing to be found on Google; that is how rare these are. I was only able to find records of two other 17th century quadruple clepsammias or hour-glasses. The other two are not complete and have missing parts. The one I'm offering here is in all original complete preservation, and this after 400 years!
Incredible find; Nathaniel Potter the II, son of immigrant Nathaniel Potter who came to the USA in 1628 from England, brought this quadruple clepsammia somewhen between 1650 and 1700 from one of this trips to Europe back to the United States. A descendant, 13 generations removed, had it in his possession until five years ago when I bought it from him.
In the last five years I did a lot of research. However, I was only able to find records of two other quadruple early 17th century clepsammias or hour-glasses through my research; this is an incredible rare object of which most collectors have not even seen pictures of, even advanced collectors. Imagine, this delicate object with its hand-blown glass spheres was never dropped in 400 years! I also have never seen an image in any of the many books about scientific instruments out there; this is how rare these early 17th century clepsammias or hour-glasses are!
The leading collector in the field, famous French writer and intellectual, Jacques Attali, owns one of the other two known extant instruments. His quadrupple sand-glass is pictured in his book, “Mémoire de Sabliers.” read more>> 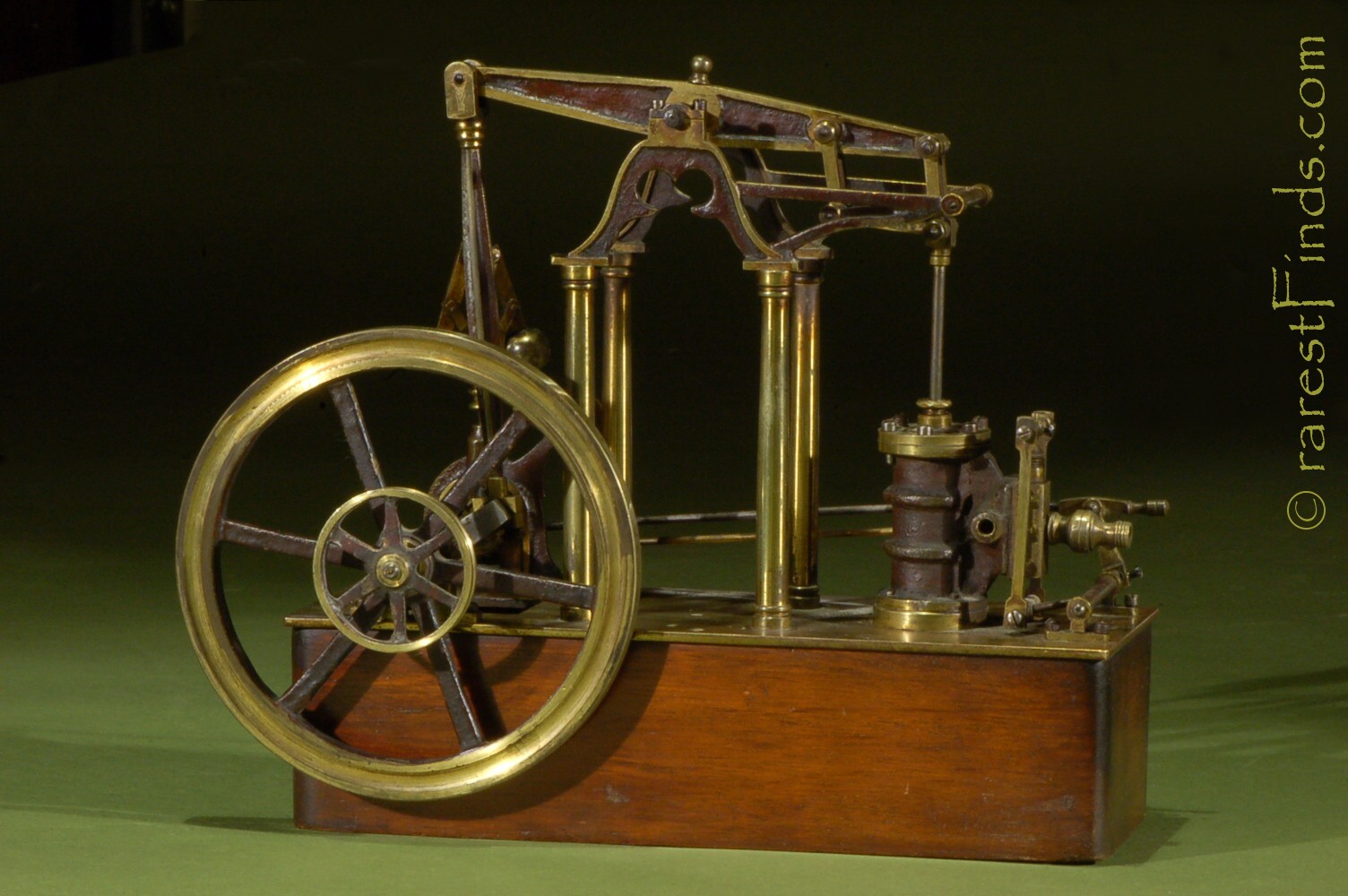 If the reader knows of the wereabouts of a finer model anywhere in the world, I would love to hear about it; please leave a comment with the pertinent info for everybody else to see. Please correct me and leave a comment, thanks!
James Watt is considered the father of the industrial revolution and was one of the most important engineers and scientists in history. Some scientists argue that the design of the parallel motion (or double-acting engine) patented by Watt in 1784, should serve as the starting point of the “Anthropocene Epoch” - the unofficial interval of geologic time in which human activity began to substantially alter Earth's surface, atmosphere, and oceans. read more>>

At that time (1830's and 1840's) it was still open whether Electromagnetic motors should be rotating or reciprocating machines, i.e. simulate a plunger rod of a steam engine. 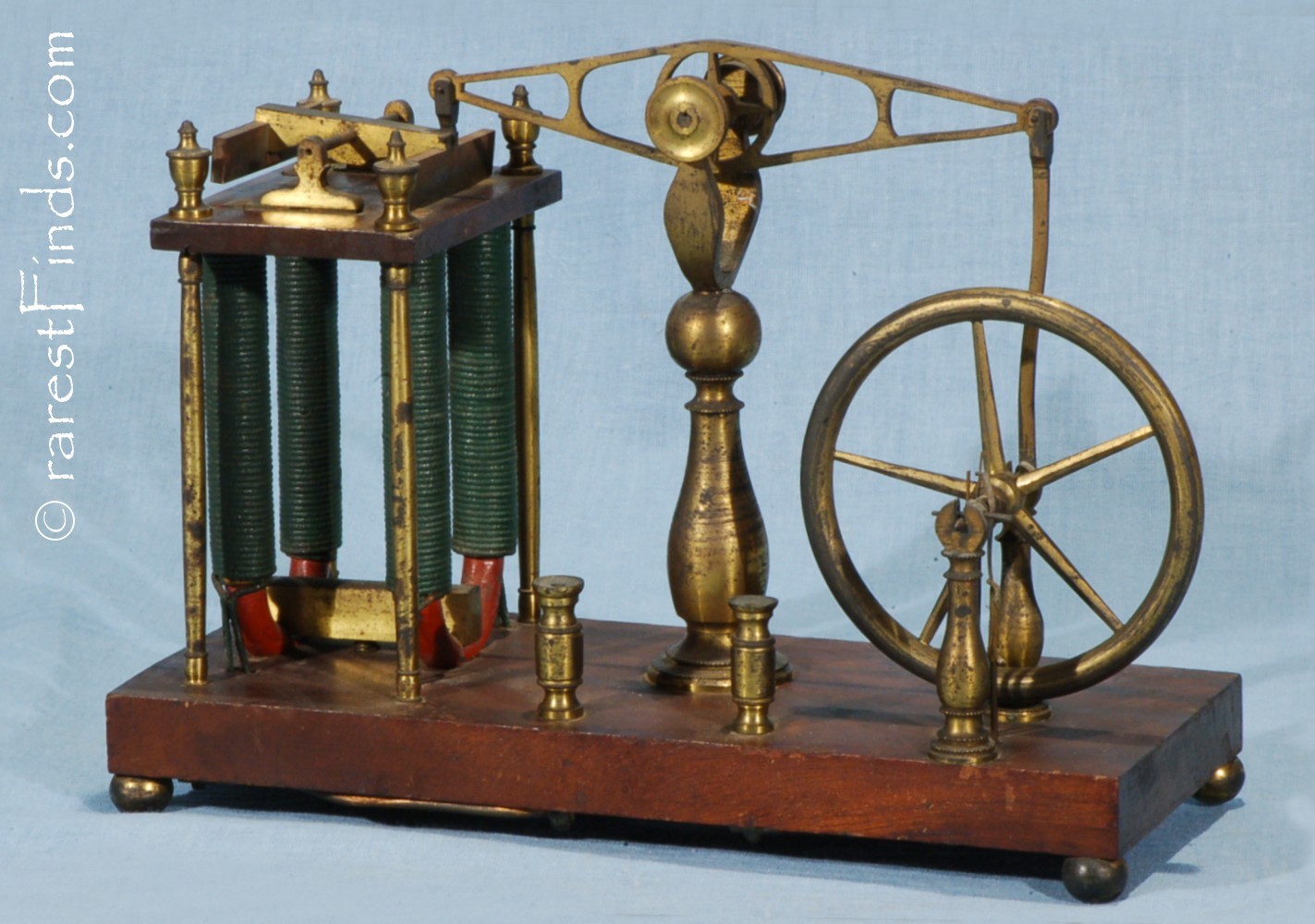 While Davenport's motor was resembling a rotating design, Pages motor was based on the plunger type, resembling a steam egine by which Page replaced the piston generating the force transmitted to the flywheel by a beam with four electric magnets.
This working demonstration model was crafted by Daniel Davis Jr., sometime after July 1838 and was mentioned in Benjamin Silliman's American Journal of Science, vol. XXXV, 1838, page 264; the oldest Scientific Journal in the United States, founded in 1818.
It is estimated that less than five of these models have survived and are only to be found in museums or major private collections. read more>>