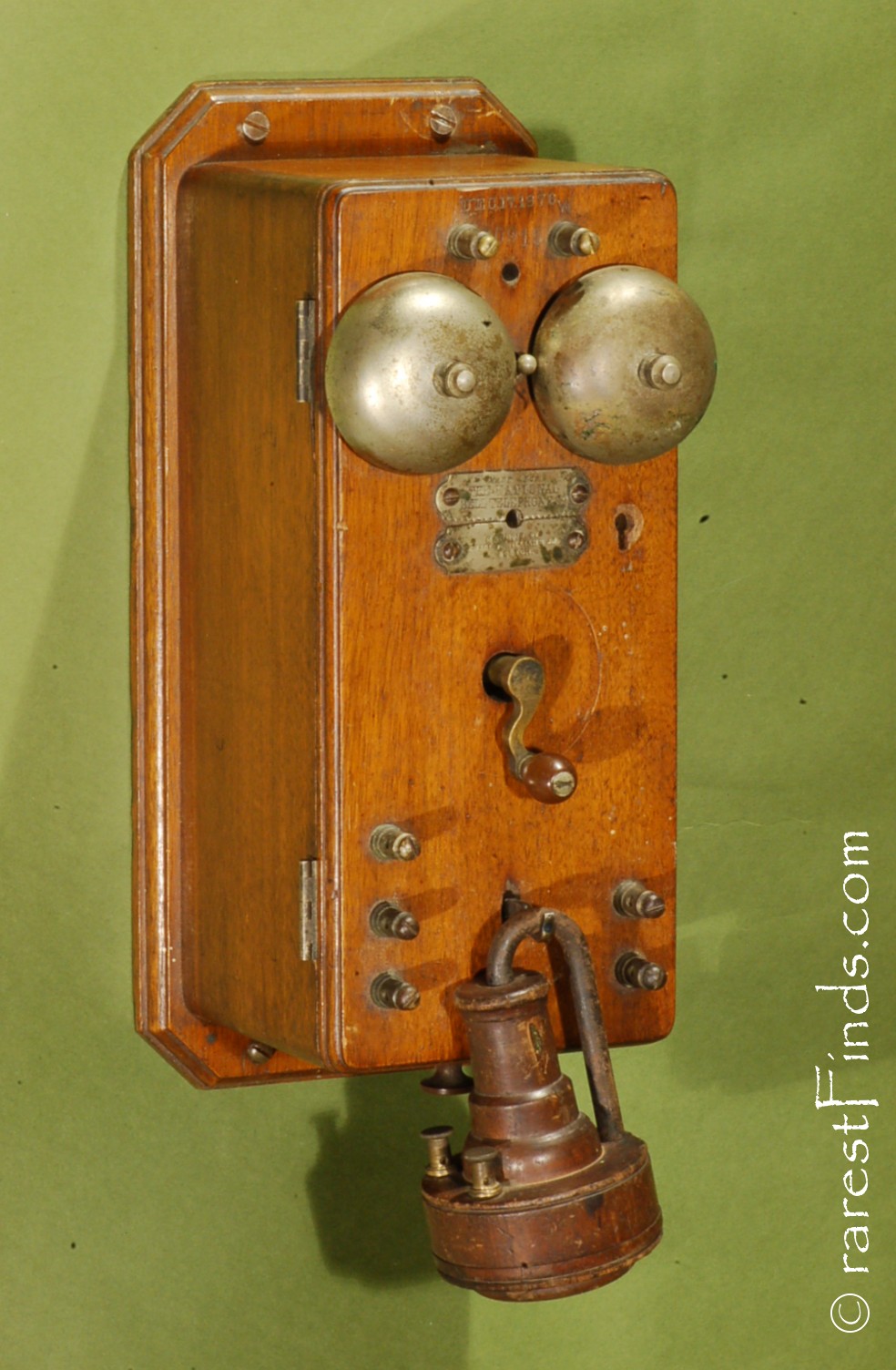 Exceedingly rare historic Telephone, Bell´s first Telephone manufactured by Charles Williams, the telephone every museum and collector is looking for!
Both, his mother and his wife, were deaf. This profoundly influenced Bell's life. He intensely researched acoustics, sound and human hearing and speech. His interest and research on hearing devices eventually culminated in Bell being awarded the first U.S. patent for the telephone on March 7, 1876. Bell considered his invention an intrusion on his real work as a scientist and refused to have a telephone in his study.
Two individuals, Thomas A. Watson and Charles Williams Jr., played an important role in Bell's success perfecting and manufacturing the first commercially successful Telephon, read more>>

Very early machine for adding and subtracting numbers from 0-100 in the shape of an astrolabe. The machine - signed “Pierre Fardoil à Paris” is hand-crafted in steel and brass, measures 5-1/2 inches in height and is in perfect working condition.There are less than ten other models of calculators known which were invented or made before circa 1700. 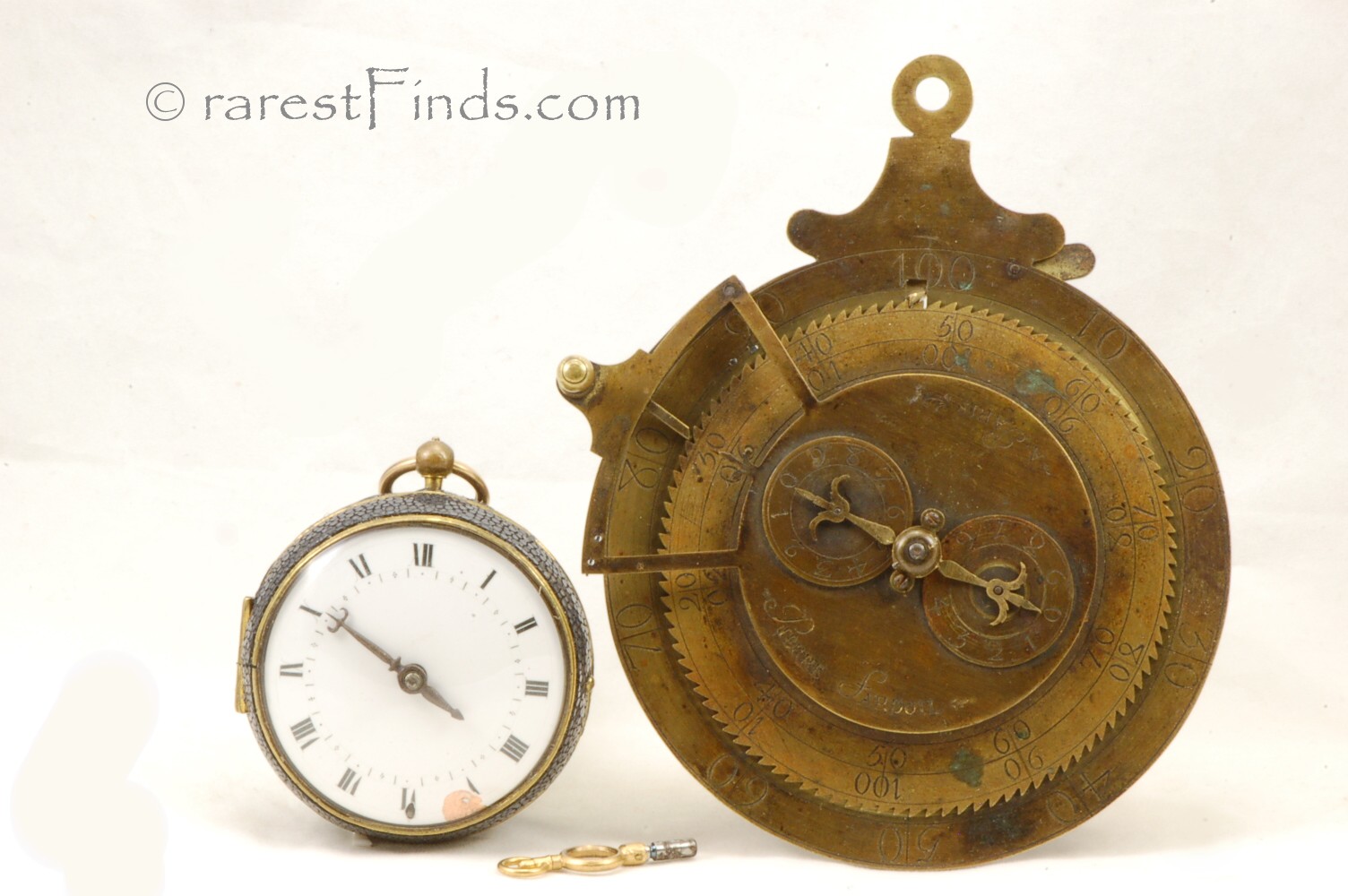 Fardoil’s contribution to the development of mechanical calculating devices is the introduction of his mechanism which enables the operator to read the result without counting the dividing marks on a circular scale of a disc shaped adding machine. Fardoil achieved this improvement by utilizing a planetary gear turning two round scales underneath two stationary hands ten times over the entire range of the calculator. The two scales show the numbers from 0-9 for additions and for subtractions respectively. This simple use of a planetary gear enabled Fardoil to provide a read-out in the range of 0-100 without the need of a carry-over from 9 to 10, 20, 30, etc.
Unlike the very early calculators by Schickard, Leibniz, Pascal, Grillet, and others, Fardoil's calculator was a true “pocket calculator” as it is flat and would fit in any pocket. read more>> 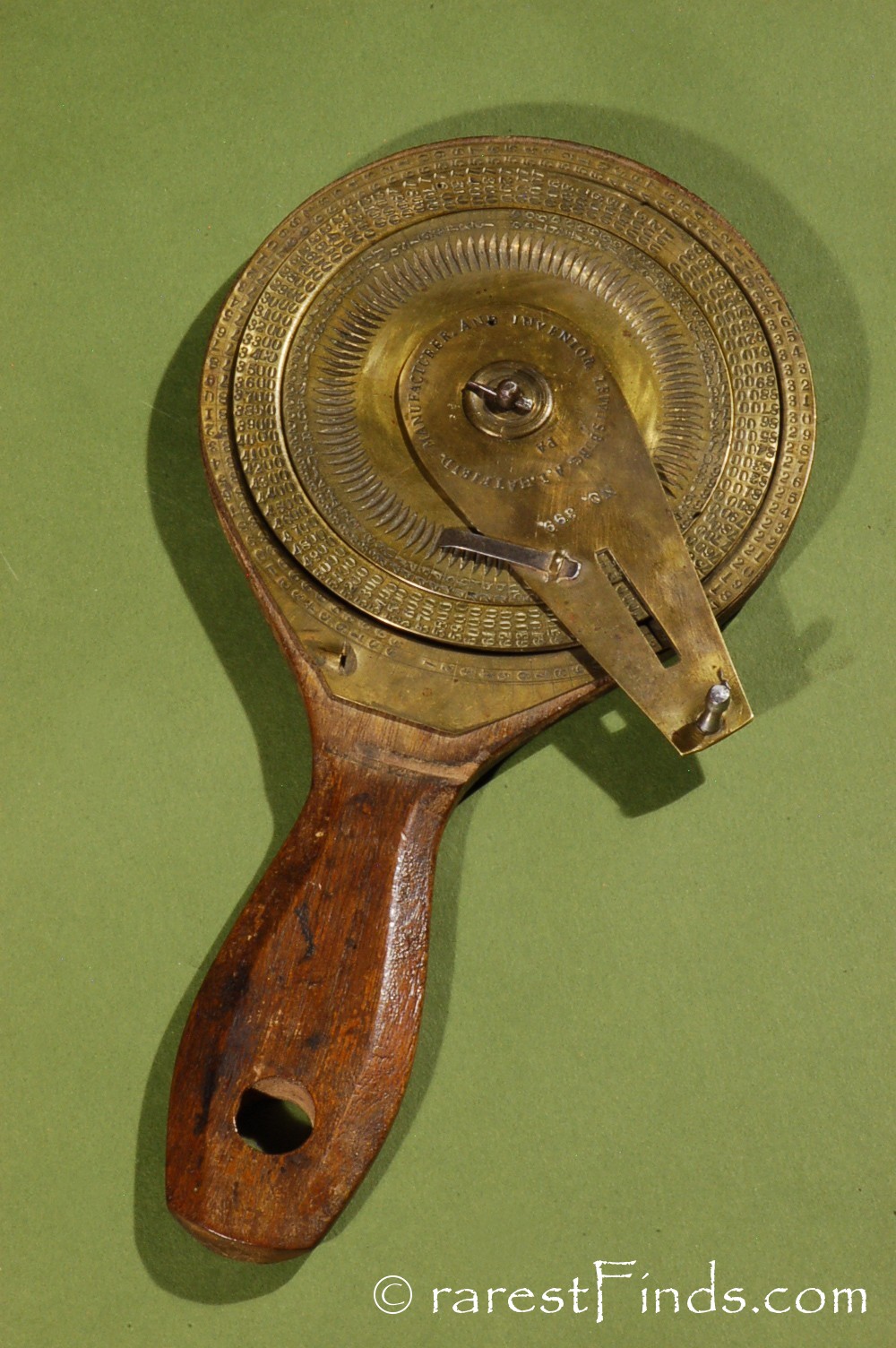 There are probably only eight of these early American Adding Machines known to exist. Aaron L. Hatfield was born in Pennsylvania in 1819 and as a 35 year old man, he invented, patented, manufactured, marketed and sold these adders or adding machines himself while he was living in Lewisburg PA, USA.

As an inventor he patented improvements in pruning shears, pumps, and bag holders.
He moved to Green Springs Ohio and worked as photographer, more specifically, as ambrotypist. He moved again to Constantine in Michigan to work yet in a different occupation; he is listed there as watchmaker. Aaron Hatfield was a man with many talents.

This adding machine is capable to add up numbers up-to 9,999. A simple mechanism performs a carry-over for every operation which goes above 99. The serial number of this machine is 399; read more>>

—The only Sextuple Safe-Time-Lock extant. Sold! 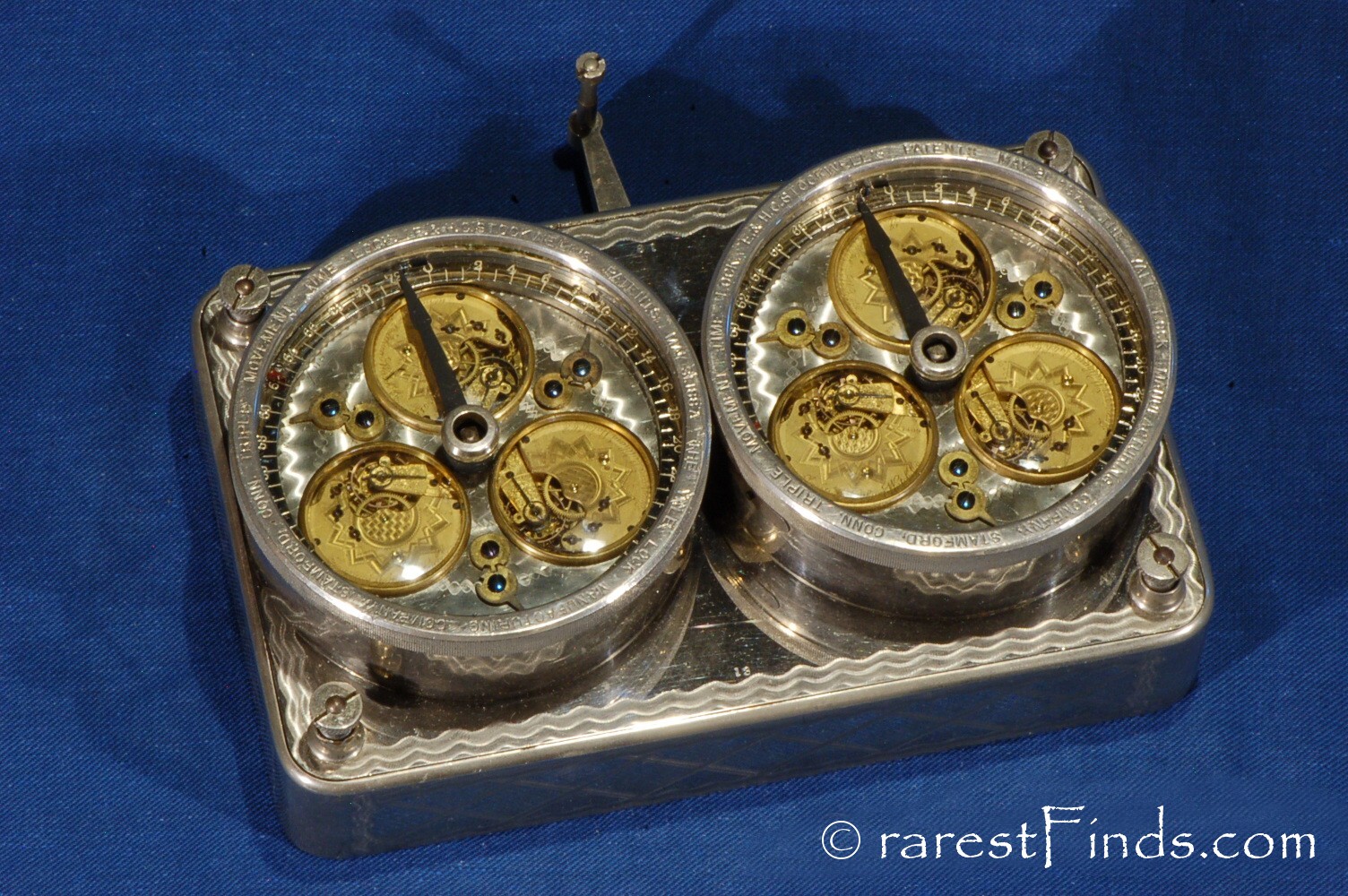 Only 13 were ever built, none were believed to be extant till this Yale And Towne Sextuple or model EE Safe-Time-Lock was found! This is the only extant safe-time-lock with a redundancy of five clock movements!
This time-lock is based on Emory Stockwell’s patent with number 363’920, issued on May 31, 1887, read more>> 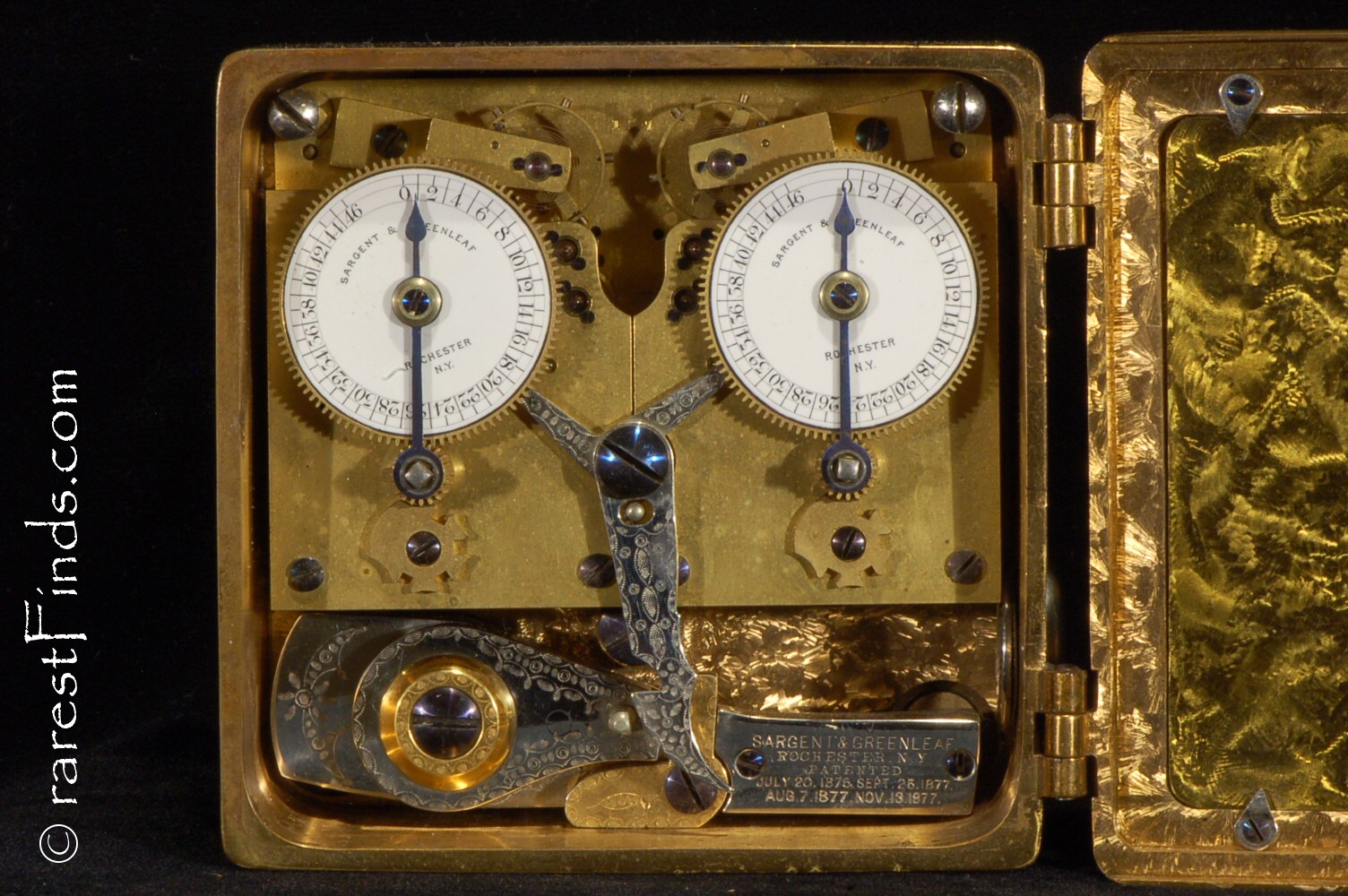 Exceedingly rare Safe-Time-Lock manufactured by Sargent & Greenleaf in Rochester NY. On page 196, John Erroll states in his book, “American Genius, Nineteenth-Century Bank Locks and Time Locks,” that Sargent made 365 of the fourty-six-hour Model 4, of which fifteen are thought to remain today.
This early version was introduced in 1878 and has two forty-six-hour movements and had white enamel dials. read more>> 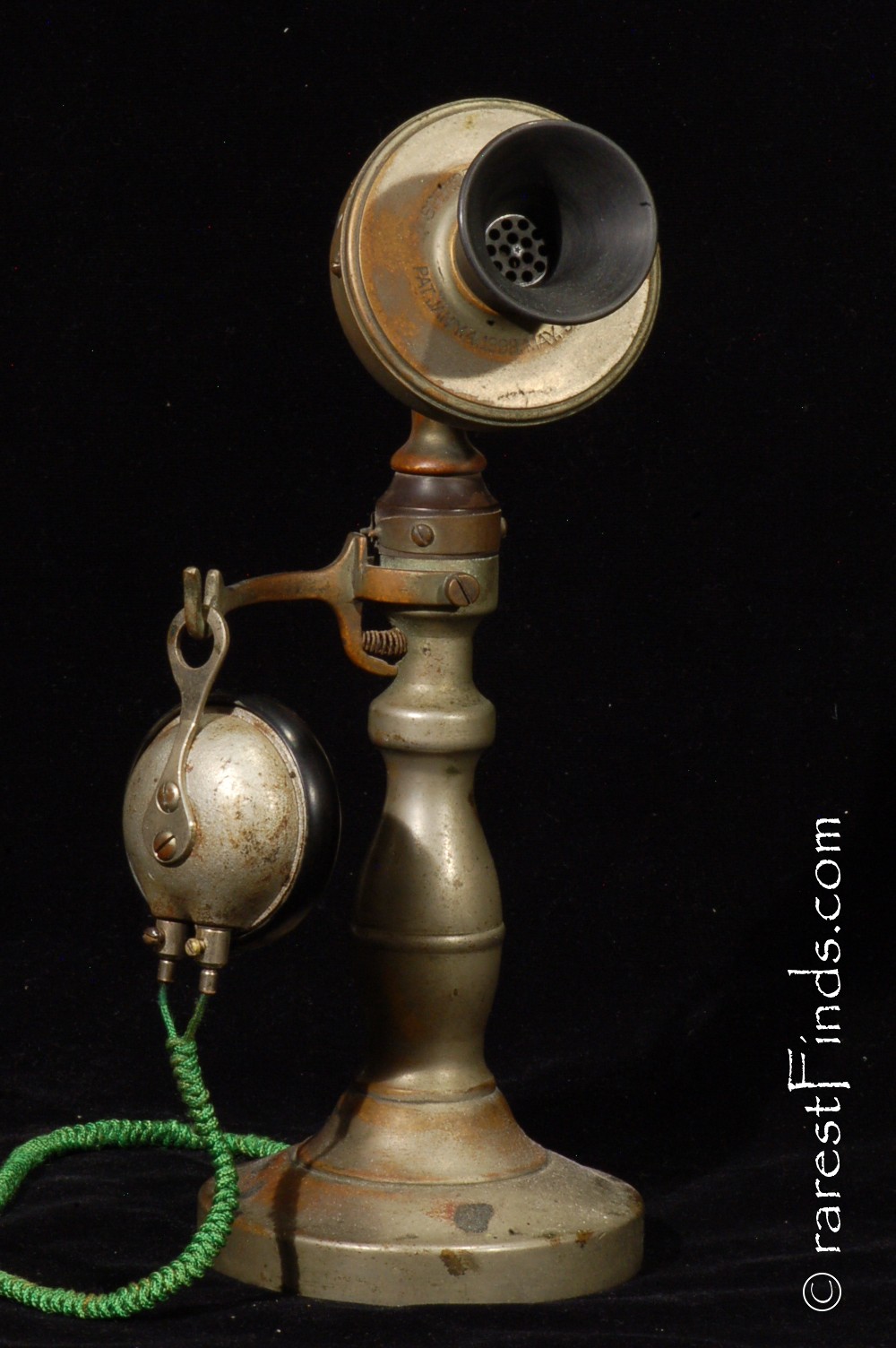 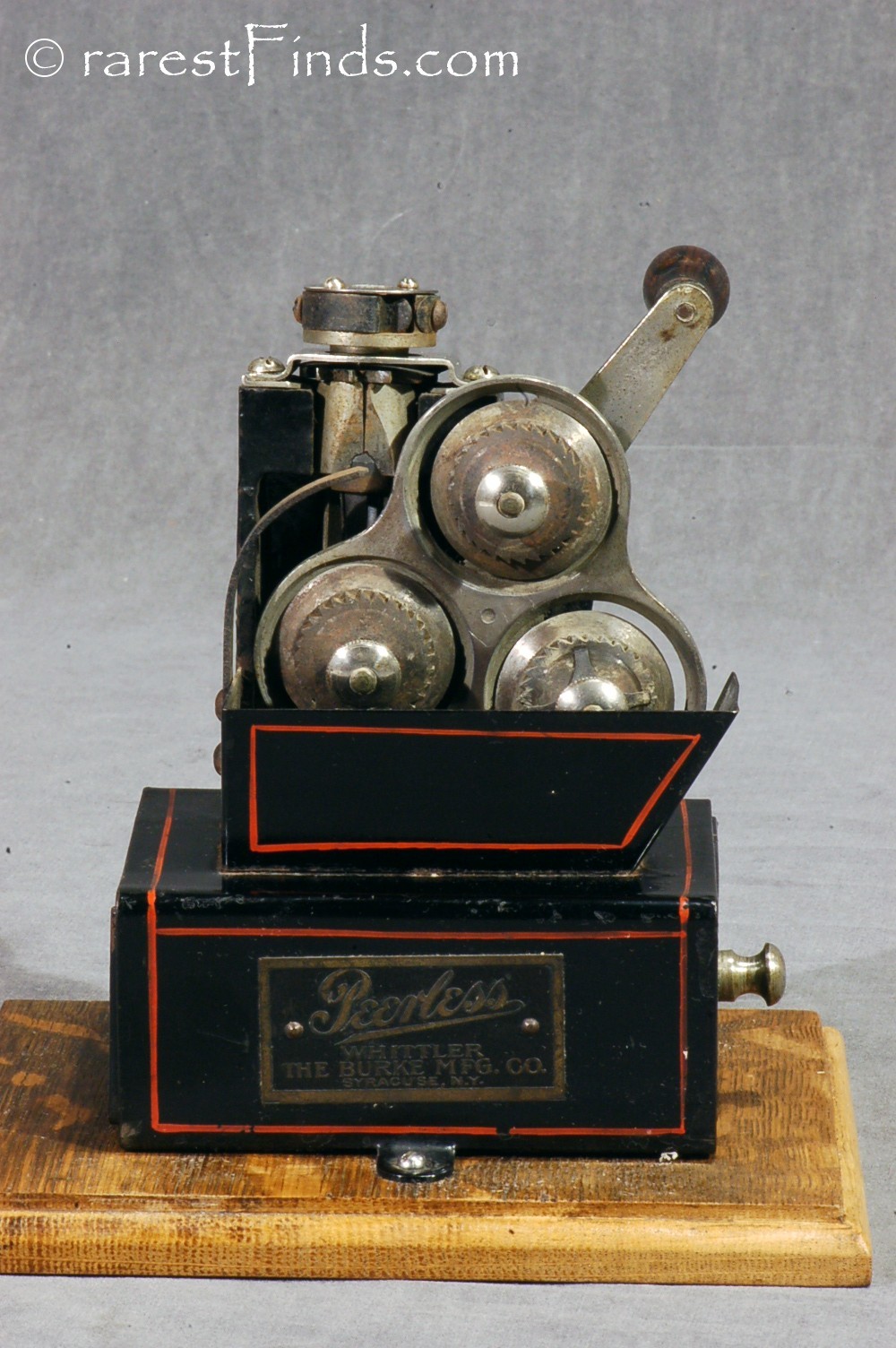 This is an exceedingly rare version with the three cutting knifes of the Peerless Pencil Pointer. If you are an experienced collector, you know that the last one of these showed up on eBay two years ago with a buy it now price of $950.00. The machine sold as soon as it was listed.
Whittler applied for a patent and started manufacturing before the patent issued. In short order, he first manufactured a machine with just one rotating knife, then two, and finally three. The patent never issued and Whittler had to seize production, hence, the machine is very scarce, read more>> 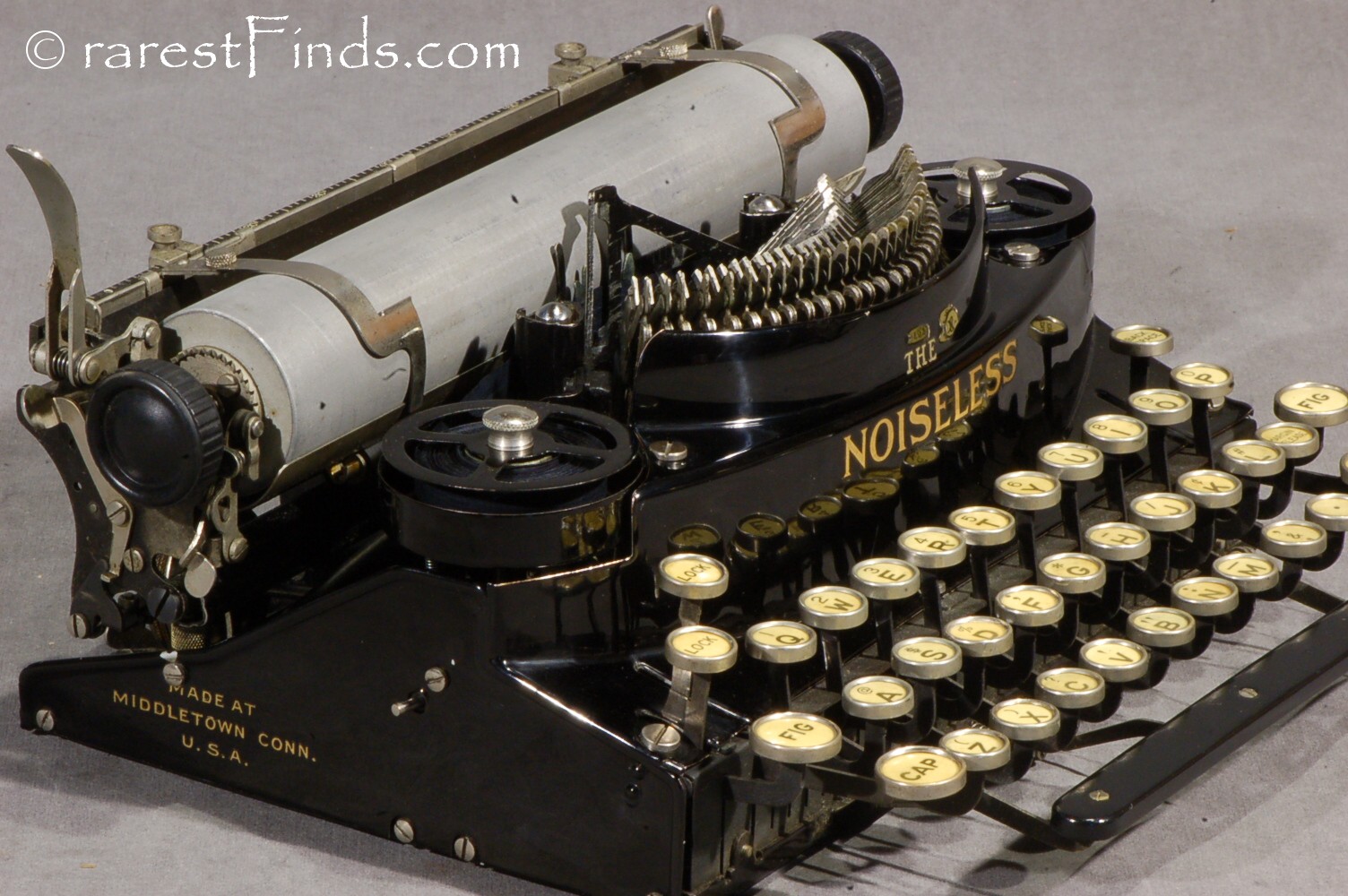 This rare machine has the second lowest serial number of any known Noiseless Portable Typewriter there is; the serial number is 160! In the first year of production in 1921, only 200 of these machines were manufactured and these machines are different than the machines builtin the following three years before Remington bought the company, read more>>