—The only known extant EVEREADY Lady Liberty, or Statue of Liberty Novelty Light ever to be found! 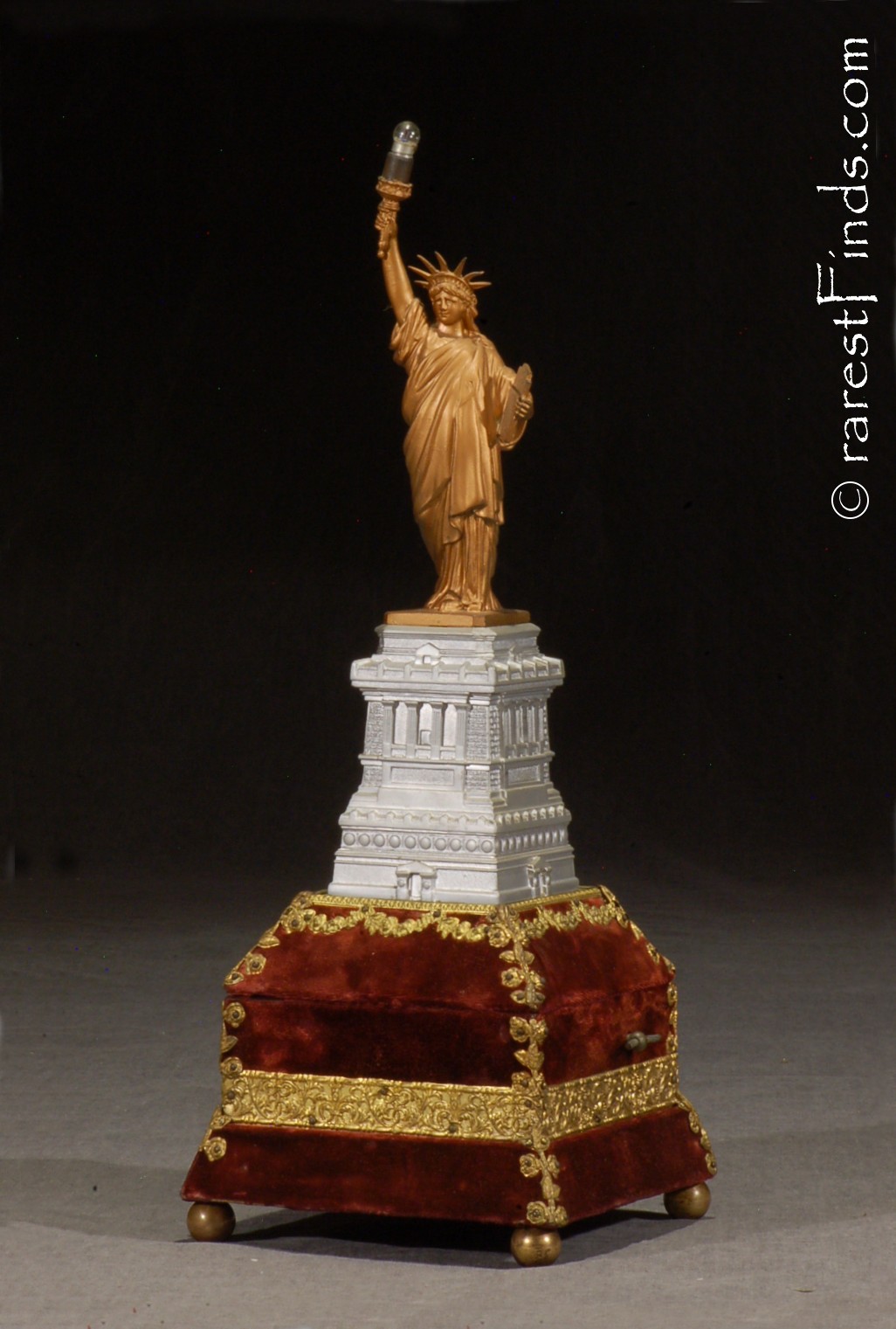 Unbelievable find! Most collectors do know about this novelty light as catalogs have been found, proving that this light was actually offered back in the 1890´s. However, none have been found to this day other then the one offered here.
Bill Utley wrote in his book, considered by many collectors the “bible” for flashlight and novelty light collectors:
“The Birdsall 1896 catalog offered a Statue of Liberty Electric Novelty with the torch illuminated with a bulb powered by a dry cell battery. It was offered with, or without a music box. Conrad Hubert offered a similar novelty in his 1898 Ever Ready catalog. The Statue was continued in Ever Ready catalogs until 1904. Neither Birdsall nor Ever Ready Statues of Liberty have been located to date.” I contacted Bill Utley after finding this Statue of Liberty Novelty Light and asked him if in the 15 years after publishing his book, one would have been found. His answer was, “I´ve never seen one Peter, so you have the only one that I know of. Congratulations!”
Bill Utley. read more>>

—Exceedingly rare and very ornate early battery Novelty Light, the only one known of its kind! 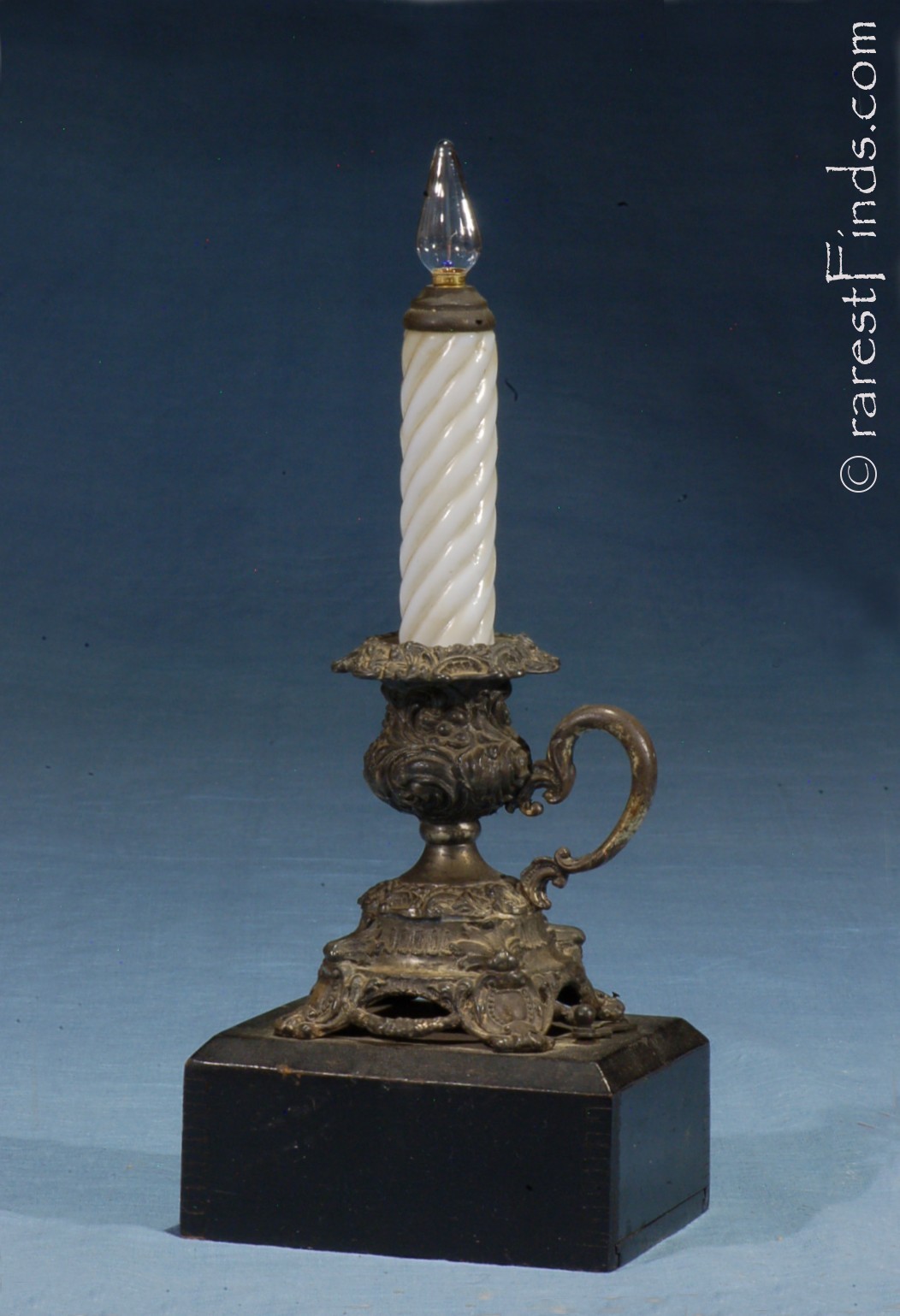 Thomas A. Edison worked tirelessly on his incandescent light bulb which he finally perfected in 1879. This remarkable invention did away with open flames and their inherent danger to start all kinds of fires. It was also the first necessary step to replace the portable candlestick or candle light with a battery powered light. First attempts were made with wet-cell batteries but for obvious reasons the liquid acid used in such “portable” lights proved to be impractical. Another necessary invention had to be made to make the portable light practical; the dry-cell battery. French inventor Georges Lionel Leclanche invented the Zinc-Carbon dry cell BATTERY and protected his invention with US Patent no. 64,113 which issued on April 23, 1867.
Several improvements were necessary to get to the point were Zinc-Carbon dry-cell batteries were save to use in portable lights, read more>>